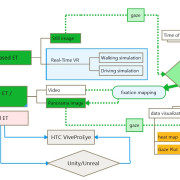 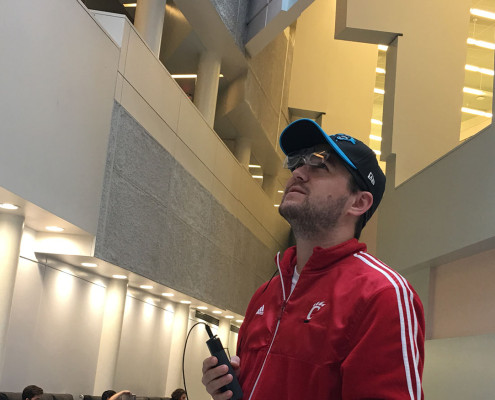 This wearable ET device includes various components, such as illuminators, cameras, and a data collection and processing unit for image detection, 3D eye model, and gaze mapping algorithms. Compared to the screen-based ET device, the most significant differences of the wearable ET device are its binocular coverage, a field of view (FOV) and head tilt that has an impact on the glasses-configured eye-tracker.  Also, it avoids potential experimental bias resulting from the display size or pixel dimensions of the screen. Similar to the screen-based ET, the images captured by the wearable ET camera are used to identify the glints on the cornea and the pupil. This information together with a 3D eye model is then used to estimate the gaze vector and gaze point for each participant.

After standard ET calibration and verification procedure, participants were instructed to walk in a defined space while wearing the glasses. In this case, the TOI was set at 60 seconds, recording a defined start and end events with the visual occurrences over that period. In this case, data was collected for both pre-conscious (first three seconds) and conscious viewing (after 3 seconds).

we also did the screen-based eye-tracking and compared the results.

This method was beneficial for informing reviewers how an existing place or a proposed design was performing in terms of user experience. Moreover, while the fundamental visual elements that attract human attention and trigger conscious viewing are well-established and sometimes incorporated into signage design and placement, signs face an additional challenge because they must compete for viewers’ visual attention in the context of the visual elements of the surrounding built and natural environments. As such, tools and methods are needed that can assist “contextually-sensitive” design and placement by assessing how signs in situ capture the attention of their intended viewers. 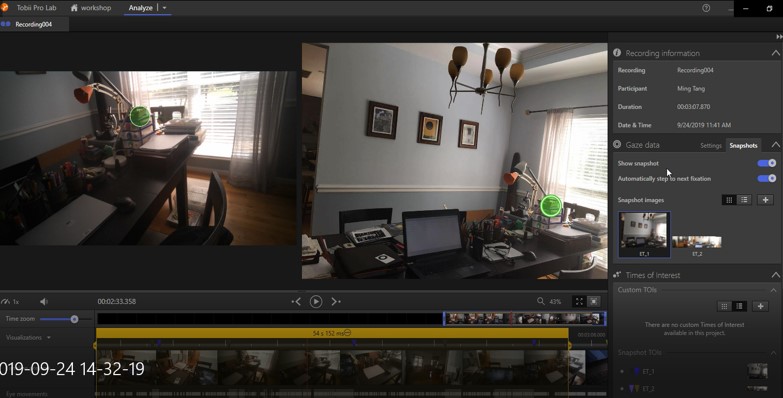 Eye-tracking devices measure eye position and eye movement, allowing documentation of how environment elements draw the attention of viewers. In recent years, there have been a number of significant breakthroughs in eye-tracking technology, with a focus on new hardware and software applications. Wearable eye-tracking glasses together with advances in video capture and virtual reality (VR) provide advanced tracking capability at greatly reduced prices.  Given these advances, eye trackers are becoming important research tools in the fields of visual systems, design, psychology, wayfinding, cognitive science and marketing, among others. Currently, eye-tracking technologies are not readily available on at UC, perhaps because of a lack of familiarity with this new technology and how can be used for teaching and research, or the perception of a steep learning curve for its application.

It has become clear to our UC faculty team that research and teaching will significantly benefit from utilizing these cutting-edge tools. It is also clear that a collective approach to acquiring the eye-tracking hardware and software, and training faculty on its application will ultimately result in greater faculty collaboration with its consequent benefits of interdisciplinary research and teaching.

The primary goals of the proposed project are to provide new tools for research and teaching that benefit from cutting-edge eye-tracking technologies involving interdisciplinary groups of UC faculty and students. The project will enhance the knowledge base among faculty and allow new perspectives on how to integrate eye-tracking technology. It will promote interdisciplinarity the broader UC communities. 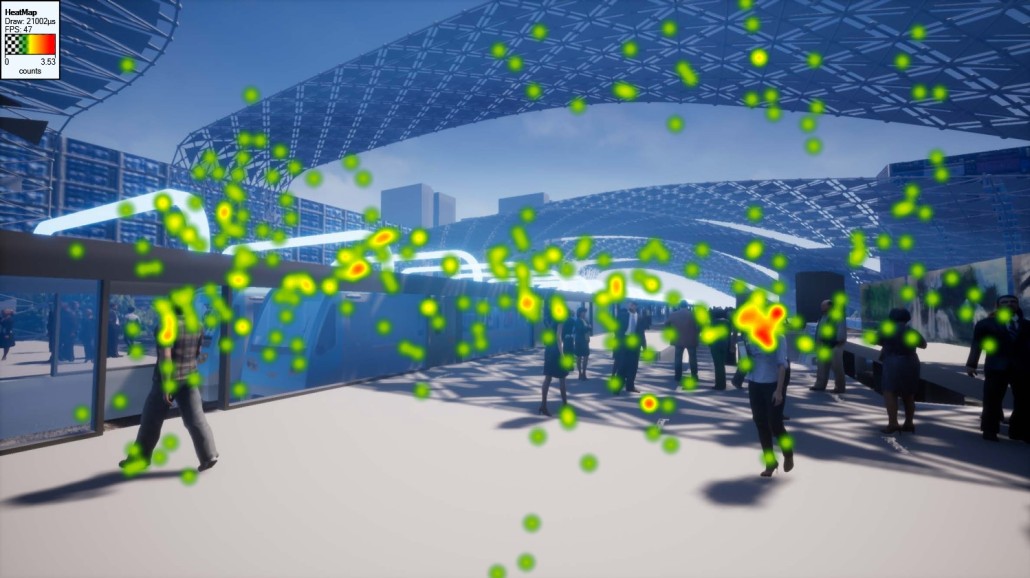 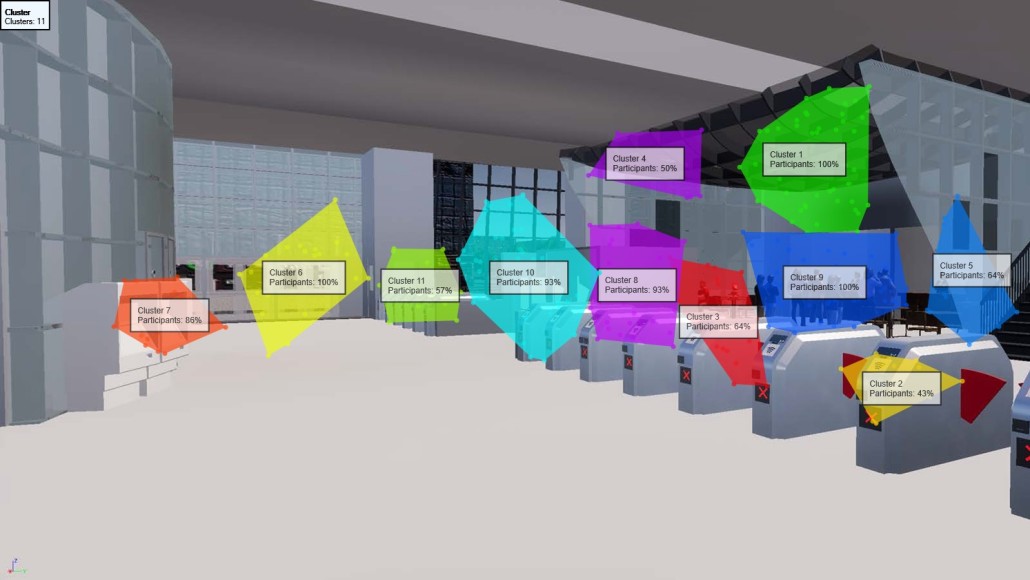 use eye tracking to measure the attention and gaze of a viewer on construction sequence. The construction was made in Prof. Tang’s second year SAID class.

study on eye-tracking for way-finding. The building on fire is  UC DAAP building. The color represent fixation duration, and gaze count.